External Benchmarking is simply comparing one organization to another. Many government organizations want to know what other comparable jurisdictions are doing, because they want to see their performance in context. After all, if crime rates remain constant in one city, it may not raise alarm bells. But if crime rates are going down in every other city, then there might be a problem.

The first step in external benchmarking is finding a comparable jurisdiction, and there are several tools to help:

However, finding an appropriate benchmarking comparison can be difficult, and perfect matches do not exist. Governments should think about the benchmarking mirage before putting significant resources behind a benchmarking effort.

Once an organization identifies a comparable cohort, external benchmarking can begin. The key is finding commonly measured services (and metrics) between and among the jurisdictions being compared. For example, if two government organizations collect trash AND measure pounds of trash collected, then they can compare themselves to one another. Here are some common services that most jurisdictions have in common:

Figure 4 below is an example from the Arizona Valley Benchmarking Initiative and compares the fire department response times across multiple jurisdictions in the same geographic area. 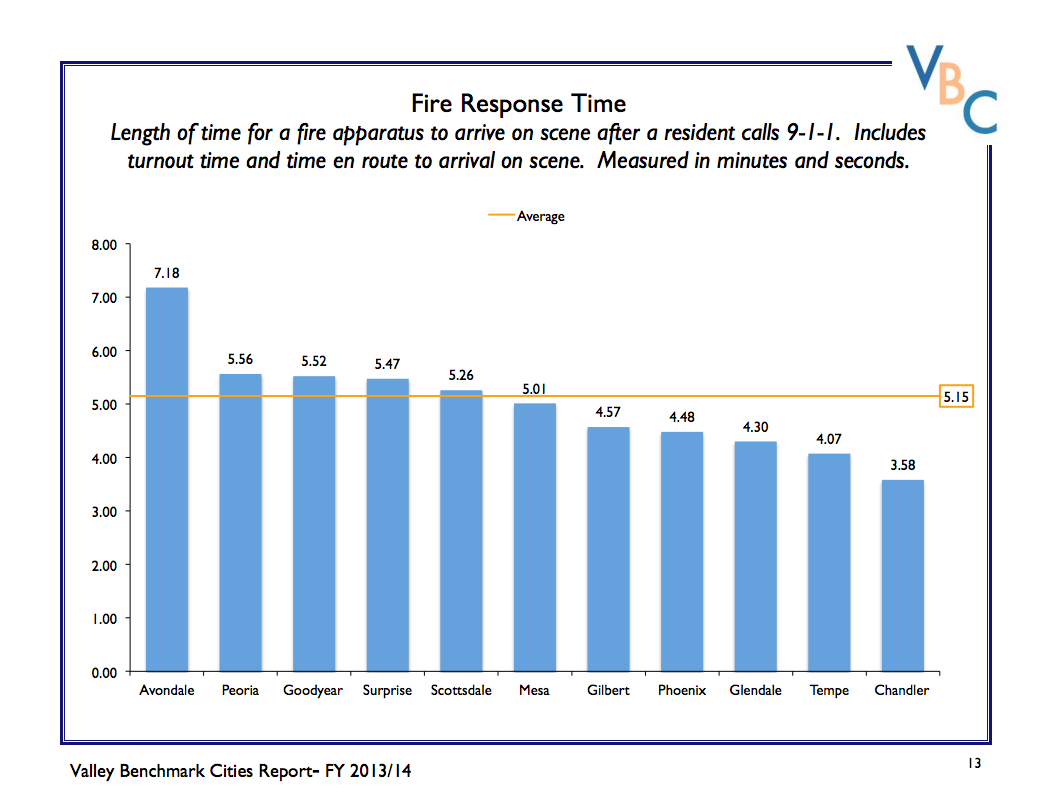 The Community Foundation, sponsored by Boulder County, Colorado, publishes a Boulder County Trends Report on Key Indicators which leverages external benchmarking to provide context to the performance in Boulder County. Figure 5 is a snapshot of one page of the report, which emphasizes the county's desire to become more diverse. The diversity data is benchmarked across multiple jurisdictions in the County as well as compared to the State of Colorado and the U.S. Population. 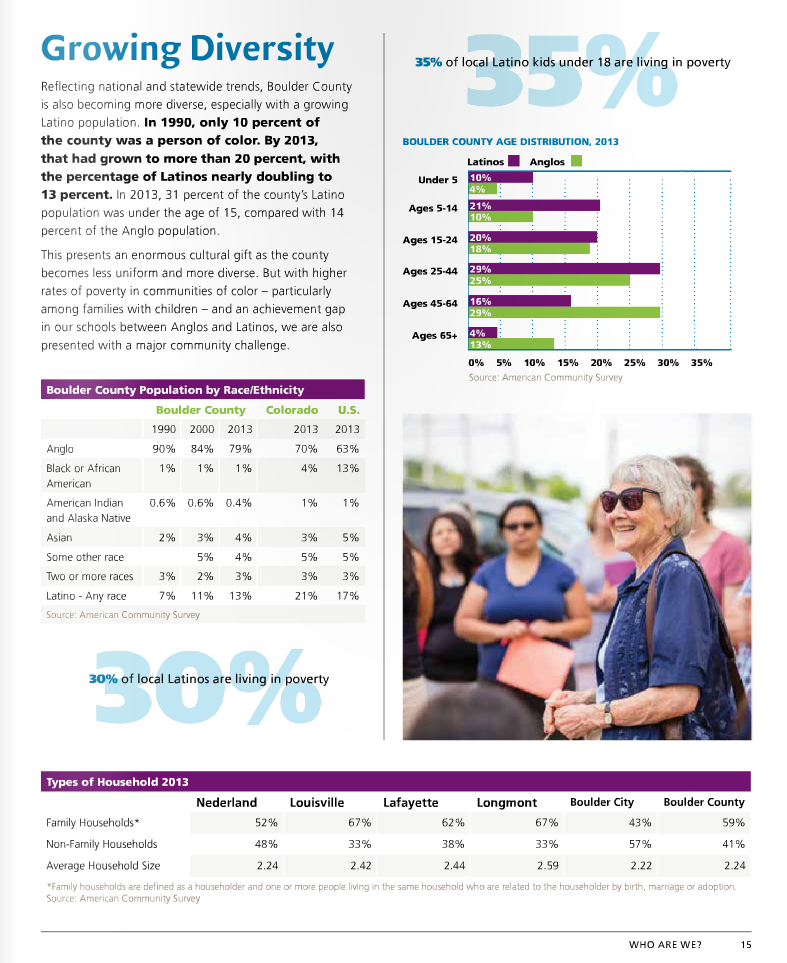 The same publication even uses trend lines to visually compare performance in one jurisdiction against another, as you can see in Figure 6.

If naysayers say benchmarking is impossible because your government is so unique, remind them that the District of Columbia Government, which is probably the most unique form of government in the United States (because it functions simultaneously as a city, county and state with no federal voting representation in Congress), manages to benchmark its performance against other comparable jurisdictions.